The Marx Brothers
On the Mezzanine Floor (1921)

Home | Vaudeville | On the Mezzanine Floor 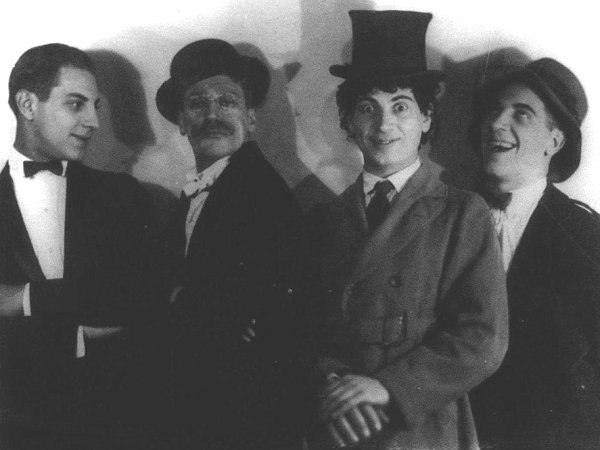 The follow-up to Home Again was written by Herman Timberg. His sister Hattie Darling both managed and appeared in the show and boxing champion Benny Leonard who was a fan of both Hattie and the Marx Brothers contributed both financially and in person to the show. It was initially called On the Mezzanine Floor and made its début in February 1921. It was soon renamed On The Mezzanine and played mostly on the Poli circuit until transferring to Keith's for June-October (having taken a break in August). It received its final name On The Balcony after leaving Keith's, playing other theatres in the autumn before commencing a tour of the Orpheum circuit in December.

Read more about On The Balcony at Mikael Uhlin's Marxology