The Marx Brothers
The Cocoanuts (1925) 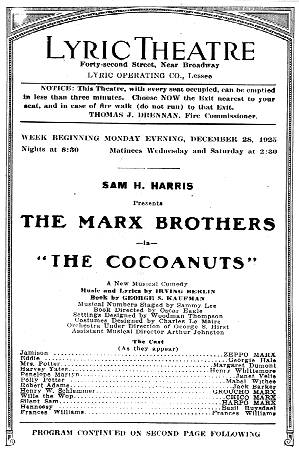 This play opened at the Lyric and ran for 375 performances on Broadway as well as two years on the road.

With a successful run of "I'll Say She Is!" underway at the Casino Theatre, Sam Harris began preparing the Marxes' new show, with book by George S. Kaufman and music by Irving Berlin. Kaufman soon regretted it. Rehearsals were outrageous and the brothers made a shambles of Kaufman's script.

The Philadelphia opening was an absolute washout. Lines that read hilarious got no laughs at all. The following two weeks consisted of nightly performances with rehearsals all day and writing sessions all night, for which Morrie Ryskind had been brought in to help the ailing script. With the best talents in the business working on the show, the Marxes would have no excuse for failure on Broadway.

They shouldn't have worried. Lines that fell flat in Philly were uproarious to the New York audiences. On December 8, 1925, "The Cocoanuts" opened at the Lyric Theatre and was another instant smash. 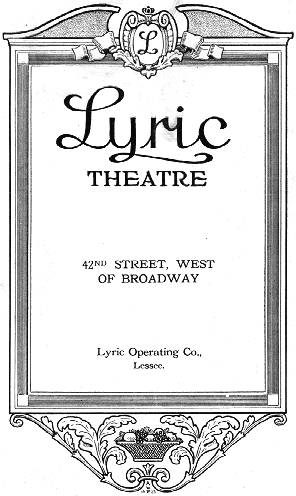 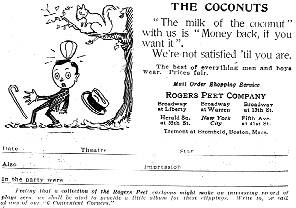 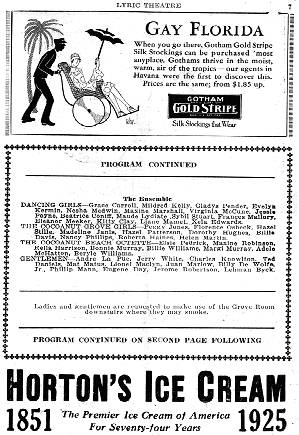 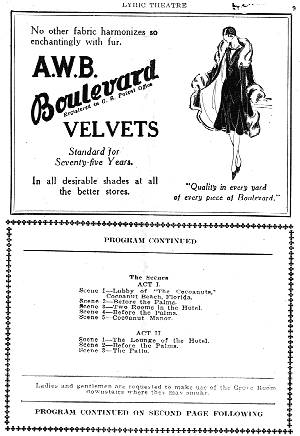 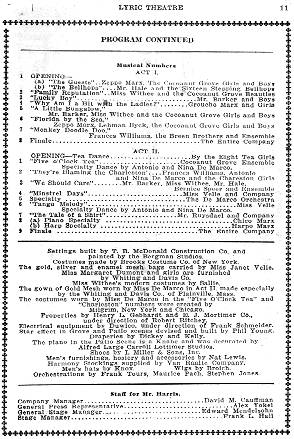 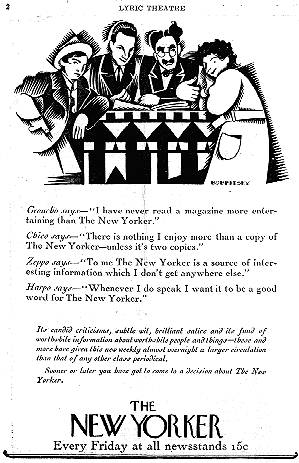