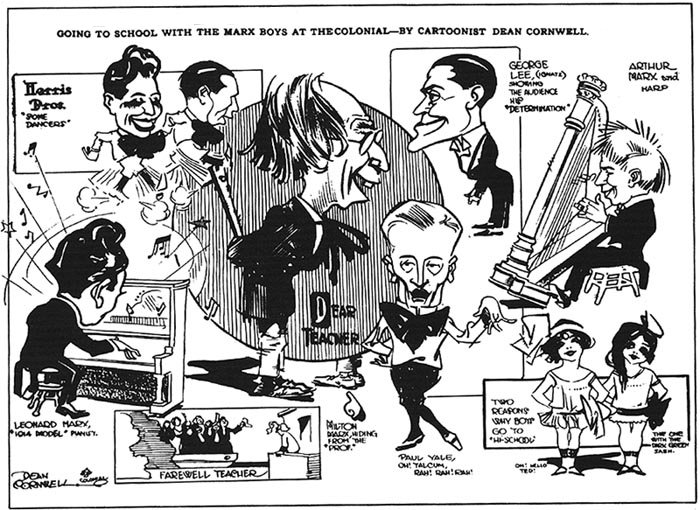 Fun in Hi Skule kept evolving and soon the school concert in the second act took the form of a reunion twenty years later, entitled Mr. Green's Reception. Initially the two acts played as a double bill but by September 1912, Mr. Green's Reception was performed on its own. Almost simultanously Chico finally joined his brothers together with his most recent partner George Lee.