Home | Movies | A Night at the Opera

A Night at the Opera

This was the Marxes' first film after leaving Paramount (well, after being pushed out). MGM producer Irving Thalberg took the boys under his wing to produce two of their greatest films (the other being "A Day At The Races"). Thalberg's contention was that, although the Marx Brothers' movies were funny, you couldn't "build insanity on insanity." He proposed an actual story for the brothers to work against. He figured that there may be only half as many laughs in a picture, but the films would give the audience something to care about. His hunch was obviously correct, as "A Night At The Opera" was the Marx Brothers' biggest grossing film (more than doubling the take from "Duck Soup" two years earlier). Although the brothers had difficulty with the way he handled business, Groucho proclaimed that Irving Thalberg was the only man he would truly call a "genius." Thalberg asked the Marx brothers whom they would like to write the picture, and of course they chose their two favorite writers, Kaufman and Ryskind.

In this picture, Otis B. Driftwood (Groucho) tries to introduce Mrs. Claypool (Margaret Dumont) into society by arranging for her to donate $200,000 to the New York Opera Company. The company's director, Mr. Gottleib (Siegfried Rumann) decides to use the dough to sign Rudolf Lassparri, one of Italy's most well-respected tenors.

Trying to keep his finger in the pie, Driftwood sets out to sign Lassparri himself, only to wind up signing Ricardo Baroni (Allan Jones) through his "manager," Fiorello (Chico), by mistake (check out a transcription of this scene, made available through the generosity of Angela Toma, at The Contract). Add to this Rosa (Kitty Carlisle), the mutual love interest of Baroni and Lassparri, and you have a thoroughly entertaining film. This movie contains the now infamous "stateroom" scene.

This was the Marx Brothers' first picture following the departure of Zeppo. Many purists contend that their movies just weren't the same without him. You be the judge.

GROUCHO: Wait a minute. Have I got time to go back and pay my hotel bill?
OFFICER: Too late!
GROUCHO: That's fine

The following exchange between Groucho and Margaret Dumont -- Dumont asks, "Are you sure you have everything, Otis?" and Groucho replies, "I've never had any complaints yet!" -- was cut by the censorship boards in every state on the film's release, but fortunately was preserved and is in current copies.

An article from Associated Press offered some information about the characters of the aviators: "The [ship] Chelyuskin set off in July 1933 from the port of Murmansk, in Russia's frozen Arctic near Norway, for Vladivostok in the Pacific Ocean a trip of more than 4,500 miles, meant to demonstrate the Soviet government's assertion that cargo ships could safely take the northern route.
Within months, it got stranded among ice fields in the Bering Sea and sank off the coast of Chukotka, in Russia's Far East, in February 1934.
More than 100 people who were aboard the ship managed to escape and set up a tent camp on the ice floes. Soviet aviators launched more than two dozen flights to search for the survivors, and in early March finally evacuated about 10 women and two babies born during the sea voyage, according to the Pravda.ru Web site. Airmen brought out the rest of the passengers and crew men the following month.
The rescue attempt was the focus of Soviet newsreels, and the airmen were the first to be awarded with the highest Soviet medal: Hero of the Soviet Union. Their fame spread so wide that they were even lampooned in the Marx Brothers' film 'A Night at the Opera.' " 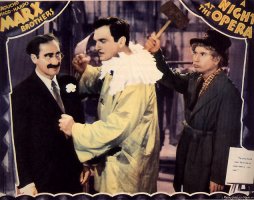 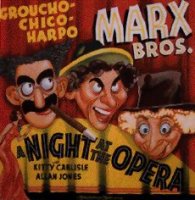 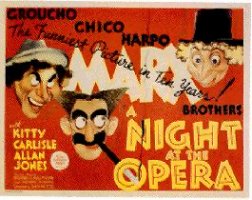 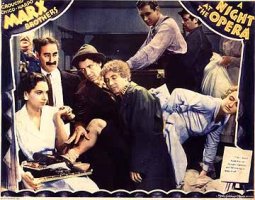