The Marx Brothers
The Story of Mankind (1957)

Home | Movies | The Story of Mankind

The Story of Mankind

"The Story of Mankind" is the last movie in which three of the brothers appeared, though not in the same scene. It also featured Groucho's daughter Melinda and his wife Eden Hartford (the Indian girl in the picture below).

This 1957 American fantasy film is based on the nonfiction book The Story of Mankind by Hendrik Willem van Loon, and is notable mostly for its campiness, and for featuring an ensemble of notable Hollywood performers in the last years of their careers. The film was former publicist Irwin Allen's first attempt at directing live actors after his documentaries The Sea Around Us and The Animal World. Like Allen's previous two films, it features vast amounts of stock footage, in this case, battles and action scenes culled from previous Warner Bros. costume films, coupled with cheaply-shot close-ups of actors on much smaller sets. In addition to being was the last motion picture to feature three Marx Brothers, it was also the last film of star Ronald Colman and of character actor Franklin Pangborn.

Scientists have developed a weapon, called the "Super H-bomb", which if detonated will wipe out the human race entirely. A "High Tribunal" in "The Great Court of Outer Space" is called upon to decide whether divine intervention should be allowed to stop the bomb's detonation. The Devil (Vincent Price), who goes by the name of Mr. Scratch, prosecutes mankind while the Spirit of Man (Ronald Colman) defends it. Price and Colman are allowed to take the tribunal to any period of time to present evidence for mankind's salvation or damnation. They take the tribunal from prehistory through Egyptian, Greco-Roman, medieval, Renaissance, Enlightenment and modern times, looking at historical figures played by a host of guest stars, most of which are either wildly miscast, or play their roles tongue-in-cheek. 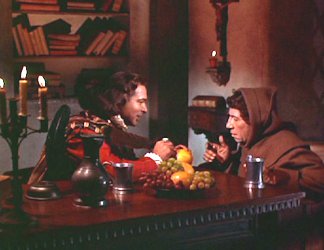 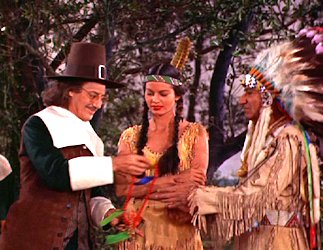 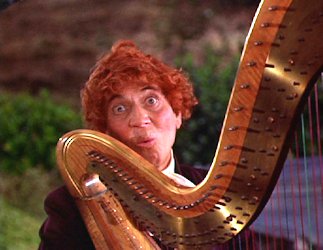